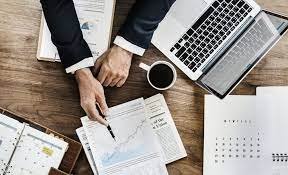 Forex Trading is a marketplace for trading numerous national currencies worldwide. It has no centralized location; rather, this market is electronically based. It is extended to banks, brokers, investors, and stock institutions. It is unique because it has huge market liquidity, trading volume, continuous operation, a global network of banks, brokers, etc. This market is even bigger than the stock market of any country worldwide, with a whopping $6.6 trillion of volume each day.

But,  All that glitters is not gold. Due to variable factors, the market sometimes crashes and investors lose their money in a twitch of an eye. If you want to invest, then you should know what factors majorly affect the Forex market and trading globally:

Politics plays a huge role in the economy of any country. The stability of a country’s political landscape is the first sign which makes it trustworthy for investors. It increases currency exchange rates and their value. The greater the strength of a country’s currency, the greater will be its economic growth.

Debt is not necessarily a negative thing as it can help improve the economic situation and development. But, when it exceeds its limit, it has some serious repercussions. The national debt also affects currency strength and, in turn, affects exchange rates. The country under debt terms is less likely to get any foreign investment. When debt decrease, the country gains economic stability and improves exchange rates.

Any geographic, political, imminent election or crisis affects currency exchange rates. It reflects the instability of a country that discourages any investment or funding.

The terms of trade are related to the ratio of exports and imports prices. The higher the export prices, the higher will be the revenue generated. It results in a good appreciation of currency exchange rates. When exports increase more than imports, it is called ‘surplus trade,’ which strengthens the economy, while imports greater than exports are called ‘trade deficit,’ which reduces currency value.

If a country is economically stable, then exchange rates of currency become better, and the value rises. If a country has a lagging economy with huge industrial and agricultural losses, it will cause instability and, as a result, a trading deficit with currency value falling.

If the country has increased interest rates, the currency will generate large interest money in returns to fulfill deficits and strengthen the economy. It would make investors more interested in getting profits also. Both these collectively add to currency exchange rates appreciation.

When a country has higher inflation rates, it will push commercial banks to reduce interest rates. It ultimately results in the depreciation of the currency. Hence, greater the inflation rate will weaken exchange rates.

The rate of employment demonstrates how strong a country’s economy is. Every country releases employment reports to show how good the economy is doing. A higher unemployment rate shows poor economic strategies and devalues the current exchange rates.

If currency value is hypothesized to increase soon, investors will demand more of that currency bill. The increasing demand will increase the exchange rate, strengthening the currency.

Numerous factors heavily affect the Forex Market. To avoid any loss due to decreasing the currency value, one should choose a lock-in exchange rate service that would return all your money even though the currency has faced devaluation. You can also seek guidance from Global.TradeATF provides you most reliable brokerage services to securely Forex Trading your money.

To Know About – Norris Nuts Fashion