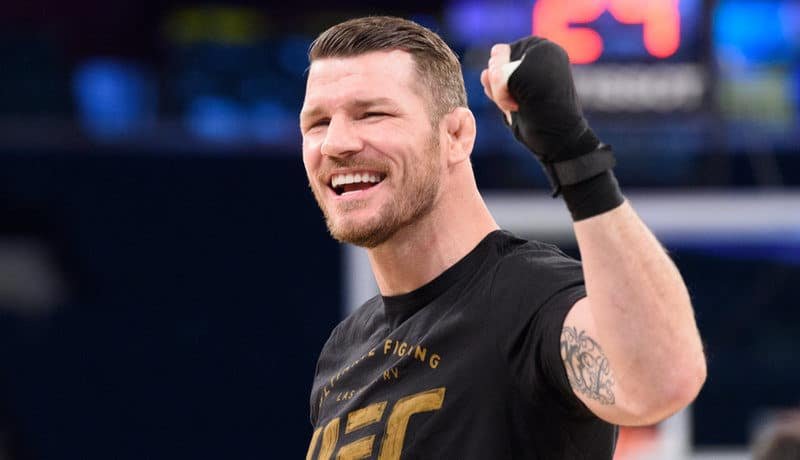 Michael Bisping is an English sports analyst, actor, commentator and retired mixed martial artist who has earned a very healthy net worth. Today, he is best known for his work as a sports analyst and commentator. He competed in the Middleweight and Light Heavyweight division of the UFC. He is considered to be the greatest mixed martial artist to have ever represented the United Kingdom. A professional competitor since 2004, he is a former UFC Middleweight Champion, a former Cage Rage Light Heavyweight Champion and The Ultimate Fighter 3 Light Heavyweight tournament winner. He became the first UK fighter to compete in a UFC main event. Michael then became the first Brit to win a UFC championship when he won at UFC 199. He is nicknamed “The Count”.

Michael Bisping and his net worth is estimated to be around $9 million. His biggest payday in the UFC was against Georges St-Pierre in 2017 – he made $540,000 that night. For his first fight against Josh Haynes he earned $20,000. He has earned most of his net worth through his MMA career. He has also earned good amount of money from other ventures. Bisping has been commentating for the UFC. Bisping features as the main commentator for UFC Fight Nights. He reportedly makes $75,000 per event. He is considered by many to be one of the greatest trash talker of all time. Michael has also acted in films like XXX: Return of Xander Cage, Den of Thieves, Triple Threat and a few others and earned good money from his acting career also. He was inducted into the UFC Hall of Fame in 2019.

Michael Bisping eventually made his professional MMA debut in 2004 at Pride & Glory 2: Battle of the Ages, against Steve Mathews. Bisping made his UFC debut in 2006. He beat Josh Haynes via. TKO in the second round. 6 months later, Bisping made his promotional debut at UFC 66 against Eric Schafer and earned yet another TKO victory. He suffered his first-ever defeat at the hands of Rashad Evans at UFC 78.

Following a three-fight win streak, Bisping suffered another defeat against Dan Henderson at UFC 100. At UFC 199, Bisping defeated Rockhold in the very first round via. KO to win the middleweight championship. He then defended his title in a rematch against Dan Henderson at UFC 204 but lost it to the legendary Georges St-Pierre at UFC 217. Bisping then lost to Kelvin Gastelum in November 2017. He retired from the sport following this fight. His MMA record read 30 wins and 9 losses.